It would be a large understatement to say that some people use electricity during their day. In reality, most people in the world handle electric and electronic objects without giving it a second thought.

However, because of a lack of electrical research, many little myths make their way into our "common knowledge." But here we are ready to disband these while helping you and your family stray away from the dangers that can come from believing anything out there. 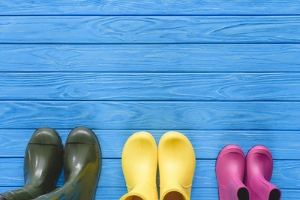 Ever catch yourself in a shocky situation and think nothing could possibly go wrong? Because of your ... shoes? Maybe even gloves!

Now, don't get us wrong, rubber is definitely a good insulator, but not all shoes or gloves are made the same. Because these are wearable products, many times, the materials are mixed with other things for comfort and durability.

If your shoes are not 100% rubber, they could be conductors rather than insulators. So it's best not to take your chances. Unless they are specific safety shoes, made for professional usage, you should not trust a random pair of nice crocs when it comes to using proper insulation.

The Speed of Electricity 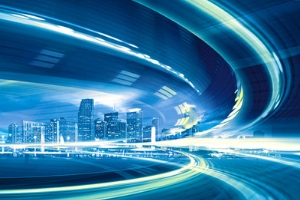 Although for some it may be more than obvious, light and electricity are not the same thing. Yes yes, electricity can be bright and this is why we use it in light bulbs, see it in lightning, and even witness it in our own TV screens.

Electricity itself can travel through a conductor close to the speed of light, but sometimes it can travel half of that, depending on the object it is traveling through. As for the electrons themselves, they are literally moving centimeters per second, nothing close to the speed of light. So in reality, this myth by association is nothing but a lie.

NOT! Simply put, electricity is electricity no matter what band it belongs to. Even though rubbing your feet on a carpet, hair on a balloon, or a simple fingertip touch may seem entirely different from electrocution, all these forms of electricity are the same.

Your body is absorbing the same type of current that it would if it was receiving it from your microwave outlet. Of course, there is one major difference that makes static safer, per se. The non-continuation of the current.

While stuck on an outlet, it may be hard to pull back because voltage does not stop until the cable (or you) is unplugged. However when dealing with static electricity, only a small charge is sent through your body, and thus you do not suffer a great deal. It is best though, to not keep incentivizing it for entertainment purposes.