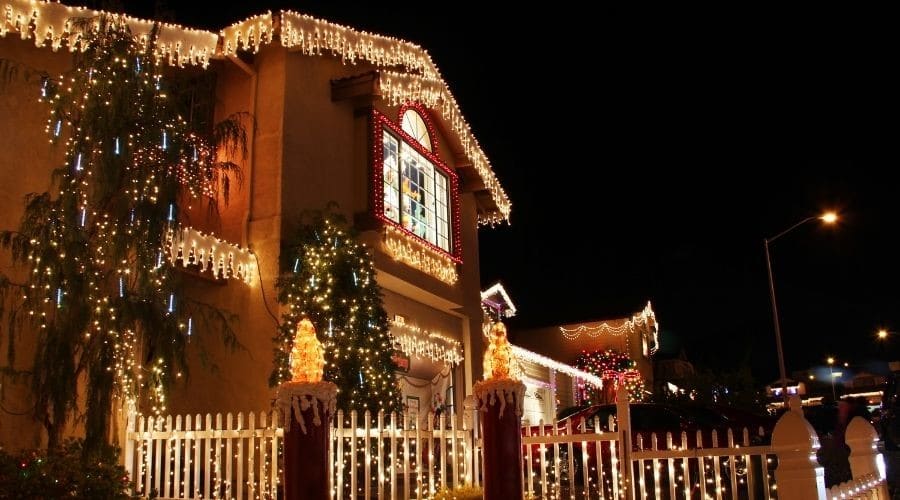 During the holiday season, homeowners may find that their energy bill is higher than usual due to increased heating costs, more guests visiting the home, and of course, the electrical holiday decor that lights up the house. To save some money on utility bills this year, homeowners should consider switching to more energy-efficient holiday decor.

Not only does “going green” with holiday decorations help keep energy bills low, but it can also reduce the home's environmental impact by reducing emissions. Less strain on the electrical system can also mean fewer electrical services and repairs needed over the holidays. In this article, we discuss three eco-friendly holiday decoration ideas.

LED holiday lights are quickly taking over the market as the most popular kind of light-up holiday decoration because they are convenient, affordable, and eco-friendly. LED string lights and decorations can be found at most places that sell holiday decorations.

The benefits of LED lights include that they are far more long-lasting than their traditional alternatives. The string lights of the past contained tiny lightbulbs that would burn out after a while, but LED lights are known to last for an extremely long time.

LED lights use a fraction of the energy of traditional lights. They also come in almost every color, so they make a versatile decorating choice.

LED light holiday decor is also a lot less likely to start an accidental house fire than old school holiday lights because they do not heat up as much. Homeowners who want to improve the electrical safety of their holiday decor should consider switching to LED holiday lights.

Another way that homeowners can save money on their holiday decorating bill is by switching to battery-powered lights. By using rechargeable batteries, homeowners can light up their homes with decorations without spending a cent on energy bills.

Battery-operated holiday lights also have the added benefit of not having any obnoxious power chords to trip over. Some holiday decorations even come with solar panels, which can be used to charge up the decoration during the day, so it lights up at night.

Instead of using any power at all, homeowners could use old-school candles to add an elegant touch to their holiday decor. Candle-lit lanterns can be used to light the outside of the house. Putting a candle in each window is also a popular holiday tradition.

To spruce up a candle lantern for the holidays, homeowners can add a ribbon or bow to the top. Painting the glass on the outside of the lantern is another way to turn a normal lantern into a holiday decoration. White, red, and green candles are perfect for the holidays. Holiday scented candles also add an extra touch of holiday cheer.

The only downside to using real candles is that homeowners must be cautious of accidentally starting a fire. Lit candles should not be left out around pets or children.

Trustworthy Electric Inc. is proud to serve the Montgomery, AL, community with reliable electrical services from friendly and experienced electricians. Give them a call today to schedule an appointment with an expert electrician in Montgomery!

A Quick History of the Electricity in the White House

Americans are known for being very passionate and enthusiastic about their country. When it comes to the White House, it’s hard to find an American that doesn’t know where the icon home resides. That said, there are still some facts that aren’t as famous as how many rooms and bathrooms the home has. For instance, not many people know just how eco-friendly the White House is with its electricity.

Local electricians have fun facts for homeowners this President’s Day, including stories of when the White House got electricity, and when it switched to eco-friendly power. Continue reading below to learn more!

The Day 1600 Pennsylvania Ave Got Electricity

Whether Americans knew it or not, the installation of electricity into the White House was a revolutionary day for all of humanity. It marked the day that indoor comfort started to become accessible to all.

Originally, the White House buildings with electrical work were the State, War, and Navy Buildings. From today’s perspective, the electrical work was a bit thrown together and not necessarily the safest setup in the world, but it still worked nonetheless.

In fact, many people were still afraid of electricity during this time because of the fear of electrocution. Humans didn’t know enough about electricity to know that they weren’t going to get shocked. To put it into perspective, President Benjamin Harrison was in office during the installation, but neither he nor his wife used the electrical system because they were afraid of being electrocuted. 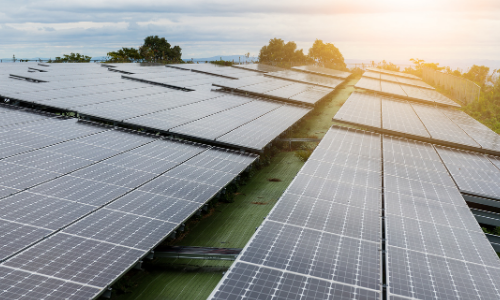 Even with electricity being a new concept among humans, electrical technological advancements quickly flourished and created more eco-friendly energy options. The planet has suffered a lot since the dawn of the Industrial Revolution, but energy sources like the ones Capitol Hill saw in late 1910 are great ways to reduce the impact one has on the planet.

There are two main differences between thermal and solar energy, but fundamentally they are the same. Both solar and thermal energy pull from the light source of the sun.

A List of Other Eco-Friendly Changes in its History

Bill Clinton and President Obama are both known for making immense steps toward a “Greener” White House while they were in office.

As time has progressed, other additions have been made, including:

Eco-friendly appliances might seem like a huge investment at first, but they end up saving homeowners tons of money in the end on monthly bills. They can decrease their financial burden, even more, when their home’s systems are regularly maintained. 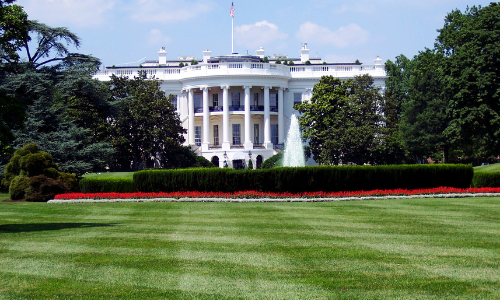 There is no stress when the professionals of Trustworthy Electric Inc. are around. They are the skilled and experienced experts that homeowners look for in their electrician. Not only that, but they care about their customers, so homeowners can trust they will always get excellent customer service as well. Call today to schedule electrical services in Montgomery!